A downloadable shock to the system

Senses dulled from hypersleep fatigue, you pull yourself from the pod; your stomach roils, your vision swims, your head pounds. The others of the crew - much like you - lurch from their pods. They seem not to know what is happening, either.

The ship rumbles. The lights flicker. A moment of sickening darkness. "Multiple system failures detected. All hands on deck…"

When systems across your ship - the Drummer - start shutting down, it is up to your crew to isolate and fix them. The more you fix the systems however, the more obvious it becomes that something bad is affecting your ship, causing these failures. Controlling your character's Fraying Nerves becomes increasingly difficult as it becomes obvious something is trying to kill you.

Includes a table to help the GM generate new games quickly and easily, complete with multiple systems to malfunction, and that all important Threat to the ship.

System Failure is a game based on the Lasers & Feelings system by John Harper. 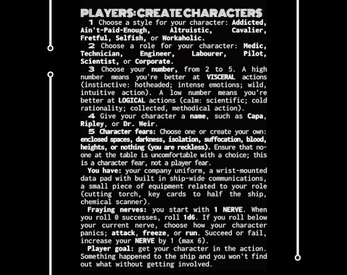 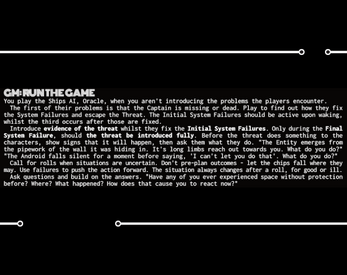